State and local governments often seize cash, cars, homes, and other property that is suspected of being used to commit a crime. The connection between the crime and the property seized is often non-existent.

In response, the United States Supreme Court, in Timbs v. Indiana, recently ruled that the states are subject to the Constitution’s Eighth Amendment prohibition against excessive fines and fees when they seek to seize property or other assets from individuals charged or convicted of a crime.

This unanimous decision makes it easier for NJ property owners to challenge forfeitures.

For individuals who are facing forfeiture proceedings or prosecutions in the the Superior Courts of New Jersey, the NJ Municipal Courts, or the federal District Courts of NJ, it is critical to have an experienced State, Municipal Court, and Federal New Jersey criminal attorney represent you. The experienced criminal defense lawyers of Schwartz & Posnock appear in all State, Municipal and Federal criminal courts in New Jersey, and have convenient locations in Monmouth County (Eatontown), Essex County (Livingston), Union County (Linden), and Middlesex County (East Brunswick). Call us at 732-544-1460 or email us at info@schwartzposnock.com to schedule an appointment. 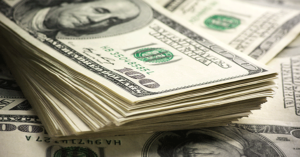