It is said that experience is the greatest teacher. Our experience has been an education. We have defended criminal cases for over 35 years, and during that time, we have defended nearly every indictable crime on the books in New Jersey, including crimes of violence, drug possession and distribution, assault, sexual offenses, official misconduct, mail fraud, wire fraud, fraud, theft, conspiracy, bid-rigging, public corruption cases, as disorderly persons offenses such as shoplifting, marijuana possession, assault, disorderly conduct, and obstruction.  We have represented numerous individuals in driving under the influence of drugs and alcohol (DUI) cases. We have represented individuals already convicted of crimes, and individuals charged with violating their parole and probation. We have handled numerous direct appeals to the Superior Court Appellate Division and petitions for post-conviction relief. We have handled cases in the Superior Courts and in the municipal courts throughout New Jersey from Bergen County, Hudson County, Essex County, Union County, Somerset County, Middlesex County, Monmouth County, Ocean County, and Atlantic County.

An important aspect of our New Jersey-wide criminal defense practice is the representation of witnesses and subjects who are subpoenaed to testify and to produce documents before a State grand jury.

As New Jersey criminal defense lawyers, our initial goal is to prevent your arrest and the filing of criminal charges against you. We provide our clients with the personalized service that they deserve, from the beginning of the case until the case is concluded. Our attorneys know the entire New Jersey State Court system well, and we do everything possible to achieve positive results for our clients.

Most often, however, you have already been charged with a crime or disorderly persons offense before you seek the services of an attorney. In those cases, we will immediately guide you to take certain steps to eliminate the chance that your own conduct and statements will help the prosecution build its case against you. For example, it is extremely unlikely that speaking with a police officer, detective, or other law enforcement official or prosecutor will help your case. You need to know your rights. In particular, you have the right to remain silent. An individual never has an obligation to speak to a police officer, detective or investigator. If it is determined that speaking with law enforcement investigators is in your best interests, our attorneys will represent you in all interactions with law enforcement. Experienced criminal defense counsel can do this in a manner that protects your rights and interests.

If have been arrested, and if the state moves to jail you in advance of trial, we will aggressively litigate your detention hearing in order to secure your freedom. We will gather documents and prepare and present witnesses who can assist in obtaining your release.

Success in a criminal case may often depend on the effectiveness of the investigation conducted on your behalf. We work with experienced criminal investigators and will start our defense investigation as soon as possible. Quick action is necessary; if an opportunity to develop your defenses is delayed, a witness may disappear, a memory may fade, or vital evidence may be lost. The availability of key documents which may support your defense must be obtained at the earliest possible moment. Cell phone records are particularly difficult to obtain after several months due to most cellular carrier’s short record retention times. IP address and computer hard drive analysis may be appropriate for your case. In defending a criminal case, timing can be everything. Our investigators know how to “hit the street” and find witnesses. We will run a full background check on the witnesses who have accused you of criminal activity to develop impeachment evidence.

It is critical to pursue criminal discovery diligently and to make a comprehensive written discovery request, with an assertive follow-up strategy. We will obtain the documents and materials in the State’s possession which may lead to your exoneration. For more on this subject, see our blog posts about discovery and obtaining evidence of your innocence, known as Brady material.

Motion practice serves a very important role in the defense of criminal cases in New Jersey. Our firm believes that criminal motion practice is a valuable method of obtaining additional discovery and helps to shape a criminal case to enhance the prospects of a positive result. Motions we may file in your case include a motion to dismiss the indictment, motion to suppress physical evidence, motion to suppress statements, and identifications, a motion to compel discovery and to compel the identity of informants, a motion for a bill of particulars, and motions to sever charges and/or co-defendants from your case.

Expert witnesses continue to play a critical role in both the prosecution and defense of criminal cases. Many cases involve forensic evidence (sometimes known as CSI) such as DNA, blood samples, fingerprints, phone records, internet evidence, Face Book postings, Instagram communications, Tweets, text messages. In such cases, the prosecution will present an expert who will attempt to link that evidence to you. The defense of any case involving forensic evidence will require that the defense present its own expert witnesses to refute the State’s proofs. We work with experts, all of whom are superbly qualified in their respective fields, including criminologists, computer and internet experts, experts in ballistics, medical pathologists, polygraph experts, and psychologists and psychiatrists. In many cases, our experts have made the difference between a conviction for an offense and charges being dismissed.

While the idea that someone would confess to a crime that he or she did not commit may seem implausible to many people, in reality, false confessions occur regularly. According to the Innocence Project, of the 258 DNA criminal exonerations they have handled to date, 25% involved a false confession. Juries are known to convict defendants who have allegedly “confessed,” even when the DNA evidence and other scientific evidence exonerates them.

False confessions frequently occur when law enforcement investigators use the John Reid Technique of interrogation. Police officers in New Jersey as well as law enforcement officers throughout the United States are trained to use the Reid interrogation. This technique has just one purpose: to obtain alleged confessions. The criminal justice system becomes corrupted because these interrogation techniques are not designed to elicit reliable information about a crime. The John Reid technique is not an interview technique. Investigators who use the Reid technique have typically decided – in advance – that a suspect is guilty, and all of their efforts are directed at getting the suspect to confess.

Trial is where the hard work taken in the early stages of your criminal case, the investigation, discovery, and motion practice, really pays off. With Schwartz & Posnock, you will receive all of the benefits of early investigation, motions previously filed, full and complete discovery, expert testimony, and our over 35 years of criminal defense trial experience. You can rely on our firm to provide a vigorous and aggressive defense and the best possible result.

Having an experienced, aggressive criminal lawyer is critical to the success of defending a criminal case in New Jersey, where your liberty, job, and reputation are at stake. We have offices in Essex County (Livingston), Union County (Linden), Middlesex County (East Brunswick), and Monmouth County (Eatontown) to serve your needs.

With Over 35 Years of Experience 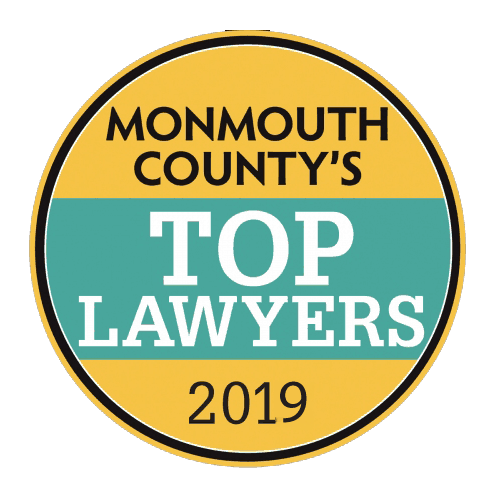