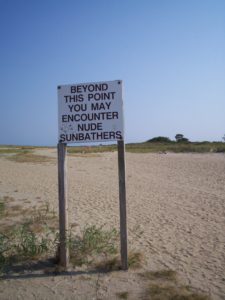 If you are charged with an offense at Sandy Hook, such as lewdness, possession of narcotics, driving under the influence, speeding, or reckless driving, your case will be heard in Federal Court in Newark, New Jersey.

If convicted of a non-motor vehicle offense committed on Sandy Hook, you will have a federal criminal record, which cannot be expunged. If placed on reporting probation as a result of a conviction, you will be under the supervision of the United States Probation Department.

Our firm has handled cases charged on Gunnison Beach at Sandy Hook for many years, and we know the law, the federal court system, and the personnel staffing the courts. We have defended all manner of charges such as possession of narcotics, lewdness, DUI, other traffic violations, and violations of probation for prior Sandy Hook convictions.

Being charged and convicted of an offense committed on Sandy Hook can have serious consequences for your employment, your professional license, and your reputation. Because convictions for offenses committed on Sandy Hook cannot be expunged, the handling of Sandy Hook cases may critical to your future. As a result, you need an experienced criminal defense attorney who appears often before the United States District Court, and in particular, before the Hon. Anthony Mautone, who hears these matters.

For individuals who are facing prosecution or sentencing in the federal District Courts of NJ, the NJ Municipal criminal or traffic courts, the Superior Courts of New Jersey, or who are appealing their criminal matters before the United States Court of Appeals for the Third Circuit, the New Jersey Superior Court, NJ Appellate Division, or the Supreme Court of New Jersey, it is critical to have an experienced Federal, State and Municipal Court New Jersey criminal and traffic defense attorney represent you. The experienced criminal defense lawyers of Schwartz & Posnock appear in all Federal, State, Municipal criminal, and traffic courts in New Jersey, and have convenient locations in Monmouth County (Eatontown), Essex County (Livingston), Union County (Linden), and Middlesex County (East Brunswick). Call us at 732-544-1460 or email us at info@schwartzposnock.com to schedule an appointment.