Arrested at the PNC Arts Center in Holmdel, New Jersey? If Convicted, Your Future Is at Risk: Contact an Experienced NJ Criminal Defense Lawyer 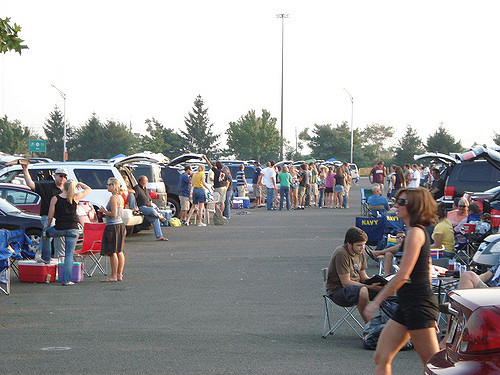 The PNC Arts Center in Holmdel, New Jersey is a popular venue for summertime concerts at the Jersey Shore in Monmouth County. Thousands of patrons attend performances each summer, and on concert days, tailgating is common.

This year’s lineup includes acts such as Dierks Bentley, John Fogerty, ZZ Top, Slayer, Imagine Dragons, Rascal Flatts, Steely Dan, the Doobie Brothers, the Vans Warped Tour, the Dave Matthews Band, Rob Zombie, Marilyn Manson, Kesha, Macklemore, The Cult, Lauryn Hill, Pentatonix, Deep Purple, Judas Priest, Ozzy Osbourne, Willie Nelson, Niall Horan, and Kevin Hart, among others. As the crowds gather at the PNC, so do arrests – for underage drinking, possession of marijuana, assault, driving under the influence, possession of drugs, public urination, possession of drugs in a motor vehicle, and traffic violations. Think twice between carrying an open container in the parking lot or smoking marijuana before the show, or risk arrest by the undercover State Police at the PNC Arts Center.

Many of those arrested or issued summonses at the PNC Arts Center are high school and college-age students. Many have no prior criminal record. Schwartz & Posnock has handled countless cases from the PNC Arts Center for the last 25 years, and we have protected many young professionals, college students, and recent high school grads from the potentially devastating consequences of having even a minor conviction on their record.

Regardless of your age, these charges are very serious, and a conviction can have a devastating consequence on your career, choice of schools, or job advancement. Given the prevalence of background checks, your work and your professional license may be at risk. Since the stakes are so high, you need a skillful and experienced lawyer who knows the system, and appears frequently before the Monmouth County Superior Court and the Holmdel, New Jersey Municipal Court.

For individuals who are facing prosecution or sentencing in the Holmdel, New Jersey Municipal Court, other NJ Municipal criminal or traffic courts, the New Jersey Juvenile Courts, the Superior Courts of New Jersey, or who are appealing their criminal matters before the New Jersey Superior Court, NJ Appellate Division, or the Supreme Court of New Jersey, it is critical to have an experienced state and Municipal Court New Jersey criminal and traffic defense attorney represent you. The experienced criminal defense lawyers of Schwartz & Posnock appear in all State and Municipal criminal and traffic courts throughout the State of New Jersey, and have convenient locations in Monmouth County (Eatontown), Essex County (Livingston), Union County (Linden), and Middlesex County (East Brunswick). Call us at 732-544-1460or email us at info@schwartzposnock.com to schedule an appointment.